Part 18: The vibrant Thai community and culture in Denmark

Part 18: The vibrant Thai community and culture in Denmark

The relation between the peoples of Thailand and Denmark stretches beyond the number of Danish tourists visiting Thailand and vice versa. The strong ties can also be seen from the communities that have settled and prospered across the two countries. The Danish community in Thailand consists primarily of long stay travelers, pensioners, expats and Danes with Thai families, whereas the majority of Thais in Denmark are based on family reunification. Many Danes are drawn to Thailand and fall in love, not only with the beautiful scenery and culture but also with the people, leading to the interracial marriage between the Danes and Thais.

At present, there are approximately 13,000 Thais living in Denmark, roughly 2,000 of those live in Copenhagen. Most of them are women, who are married to Danish men and settled in the country.

The Thai community in Denmark is exceptional in many ways. Not only the Thais integrate well and live harmoniously in the Danish society, they also actively contribute to the Danish labour market and economy. Diligent and hardworking are the main characteristics of the Thais in Denmark, which are highly praised by the Danes and are assets to many employers.

Although scattered across different parts of Denmark, the Thai communities are very much unified through various associations and Thai groups. There are several Thai associations in Denmark, each with their own objectives and purposes but with the main goals to facilitate the Thais’ integration into Danish society as well as to preserve, disseminate and represent the Thai cultural values in Denmark. In Copenhagen, prominent Thai associations include Rak Thai Association, whose members are also volunteer teachers for Rak Thai School, teaching Thai language for the young Thai descendants and foreigners, who wish to learn Thai. Several “Friends of Thailand” became members of the Danish-Thai Association, which have for seventy years been promoting the relationship between Thailand and Denmark.

Many Thais also find their new home in Jutland and form vibrant and active groups including the Sawasdee Thai-Danish Association, which has since 1985 been arranging cultural activities to bind the Thai and Danish peoples together and the Thai Heritage Association in Aarhus, which vigorously supports and preserves the interests of the fellow Thais, while representing the Thai culture and traditions in Denmark.

With Buddhism as the prevailing religion in Thailand, devout Thai Buddhists can still perform religious ceremonies and enjoy the serenity of the temple grounds at several Thai temples across Denmark. Prominent temples include Wat Thai Denmark Brahmavihara in Stenløse, Watpa Copenhagen in Dragør, Natural Forest Monastery in Randers, Wat Thai Terndrup in Terndrup and Wat Dan-Thai in Aalborg. These temples arrange ceremonies on special occasions such as alms giving during the Buddhist Lent, Royal Kathina Ceremony, Loy Krathong Festival, as well as ordination of novices and meditation.

Apart from the charming presence of Thai people and their social and cultural activities in Denmark, other aspects of Thai culture are also strongly present with dynamic engagement from the Danish community. At present, Thai boxing or Muaythai is gaining considerable popularity around the world and Denmark is no exception. More young Danes and the 40-year-old plus group begin to practice and embrace Muaythai as a fitness and recreational activity. The Danish Muaythai Federation, established in 2002, is the official association for the Danish Thai boxing clubs and today has approximately 25 members of Muaythai associations/training camps, which are scattered across the country.

Another significant trace of Thailand in Denmark is the Thai kitchen. Thai food has gained high reputation in Denmark over the past decade. There are currently around 200 Thai restaurants in the country with approximately 88 of them in Copenhagen, and 12 of them awarded the Thai Select certification by the Department of International Trade Promotion, Ministry of Commerce of Thailand, guaranteeing the authenticity of the Thai food served to the customers. To the Danes, the spicy and savory dish reminds them of the beautiful, friendly and warm country. The use of herbs, spices, and market-fresh ingredients also provide health benefits in addition to the unique flavours. Examples of Danes’ favorite Thai menu include, among others, Massaman Curry, Pad Thai and Tom Yum Goong. 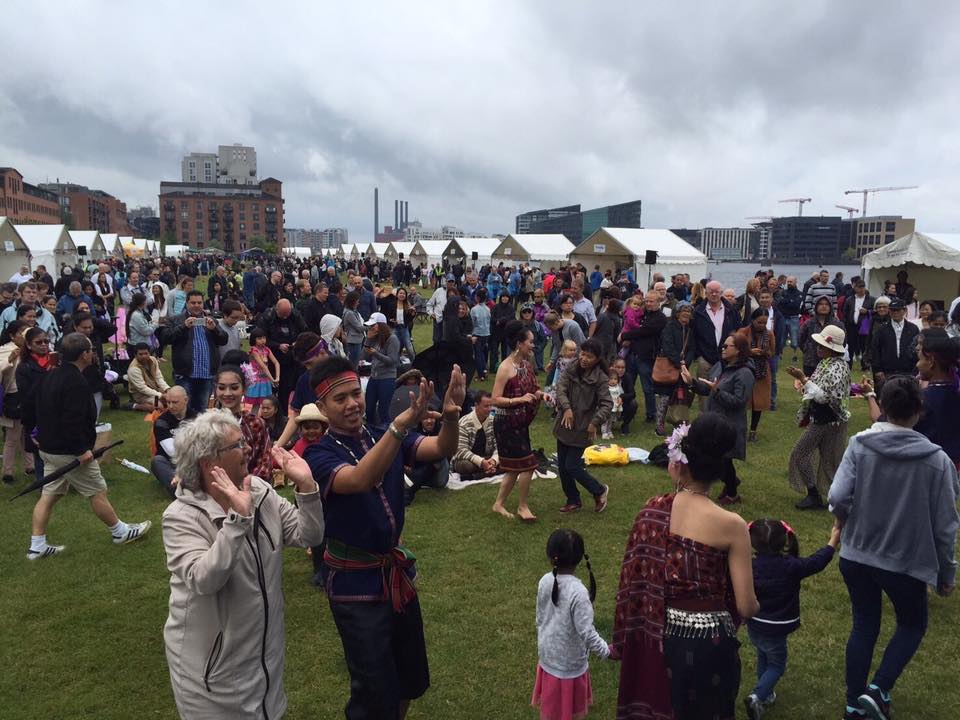 Picture 1: Thai Festival 2017 held at Islands Brygge, Copenhagen before the pandemic, where both Thais and Danes enjoyed the cultural performance and food with high spirit. 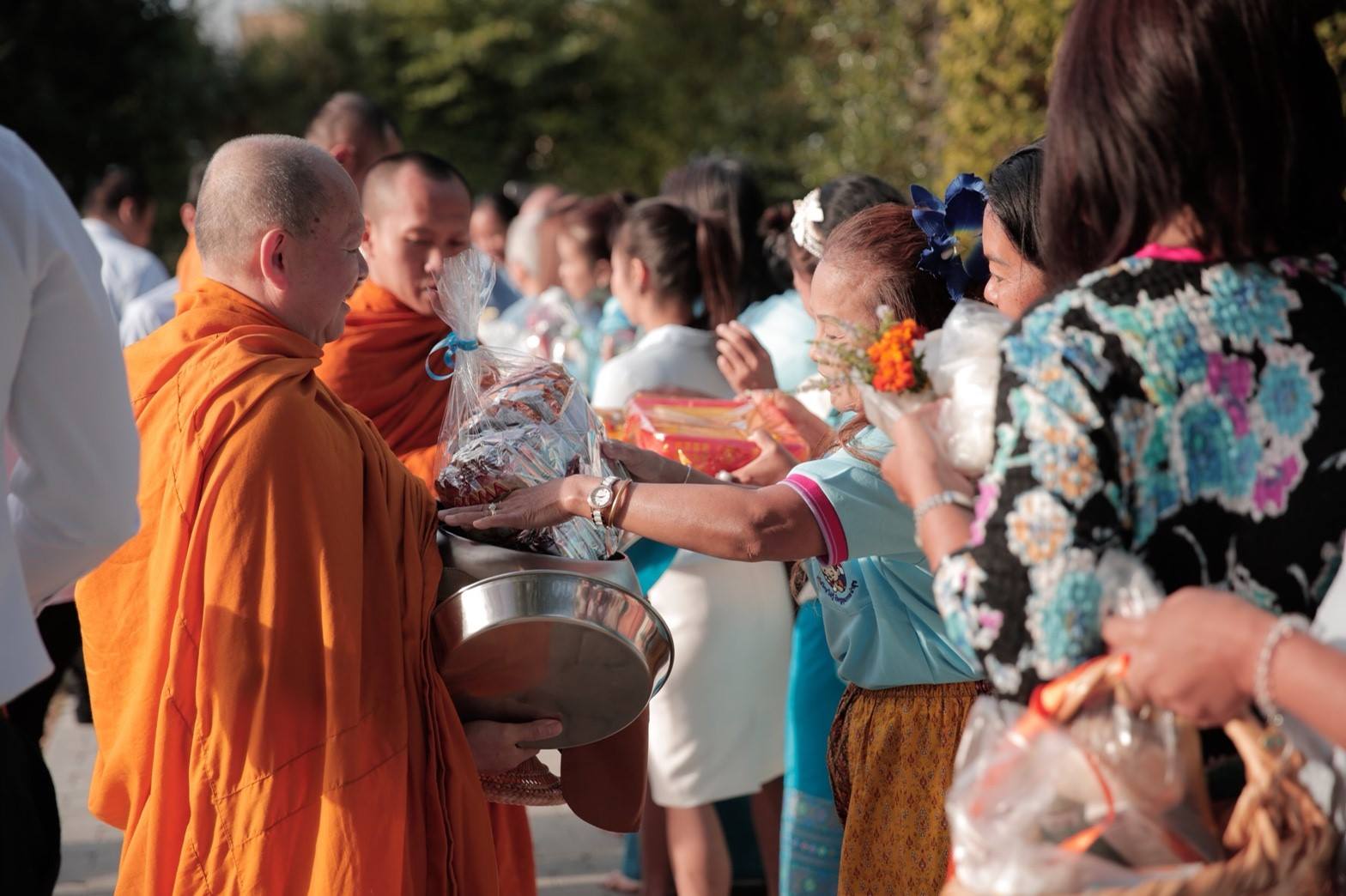 Picture 2: Almsgiving at a Thai temple in Denmark as part of the ceremony to celebrate the birthday anniversary of H.M. Queen Sirikit of Thailand in 2018. 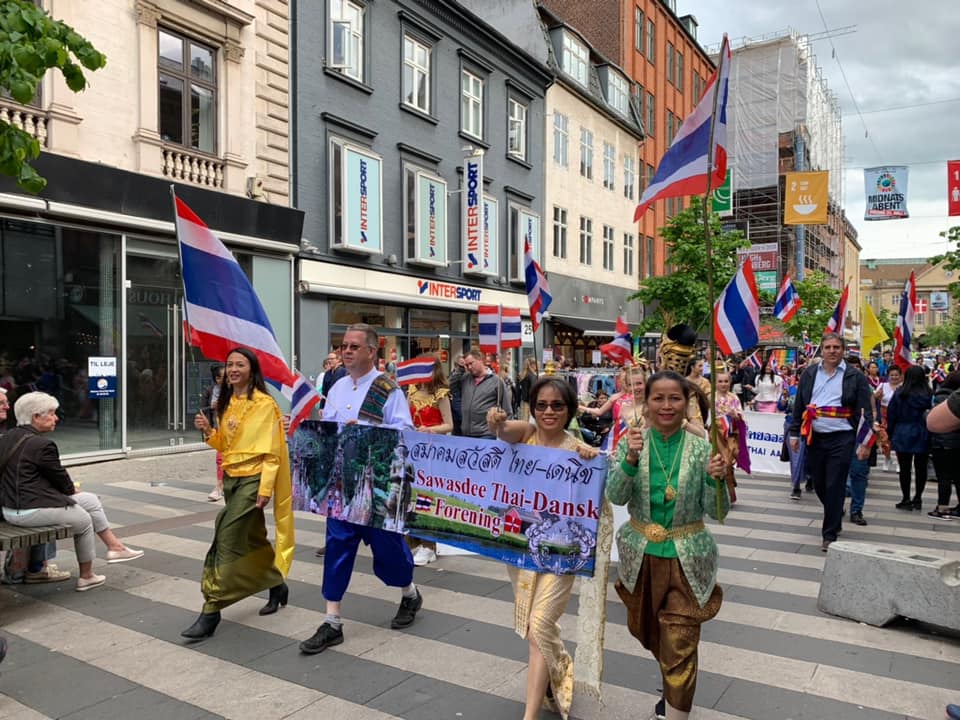 Picture 3: Sawasdee Thai-Danish Association and their cultural activity “Explore the World with Aarhus 2019” 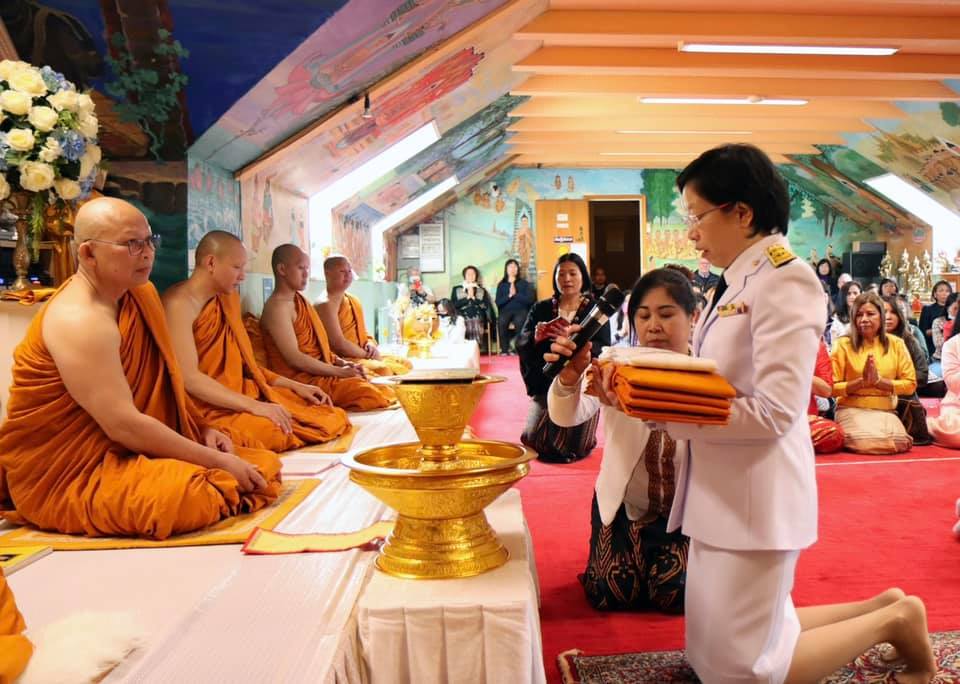 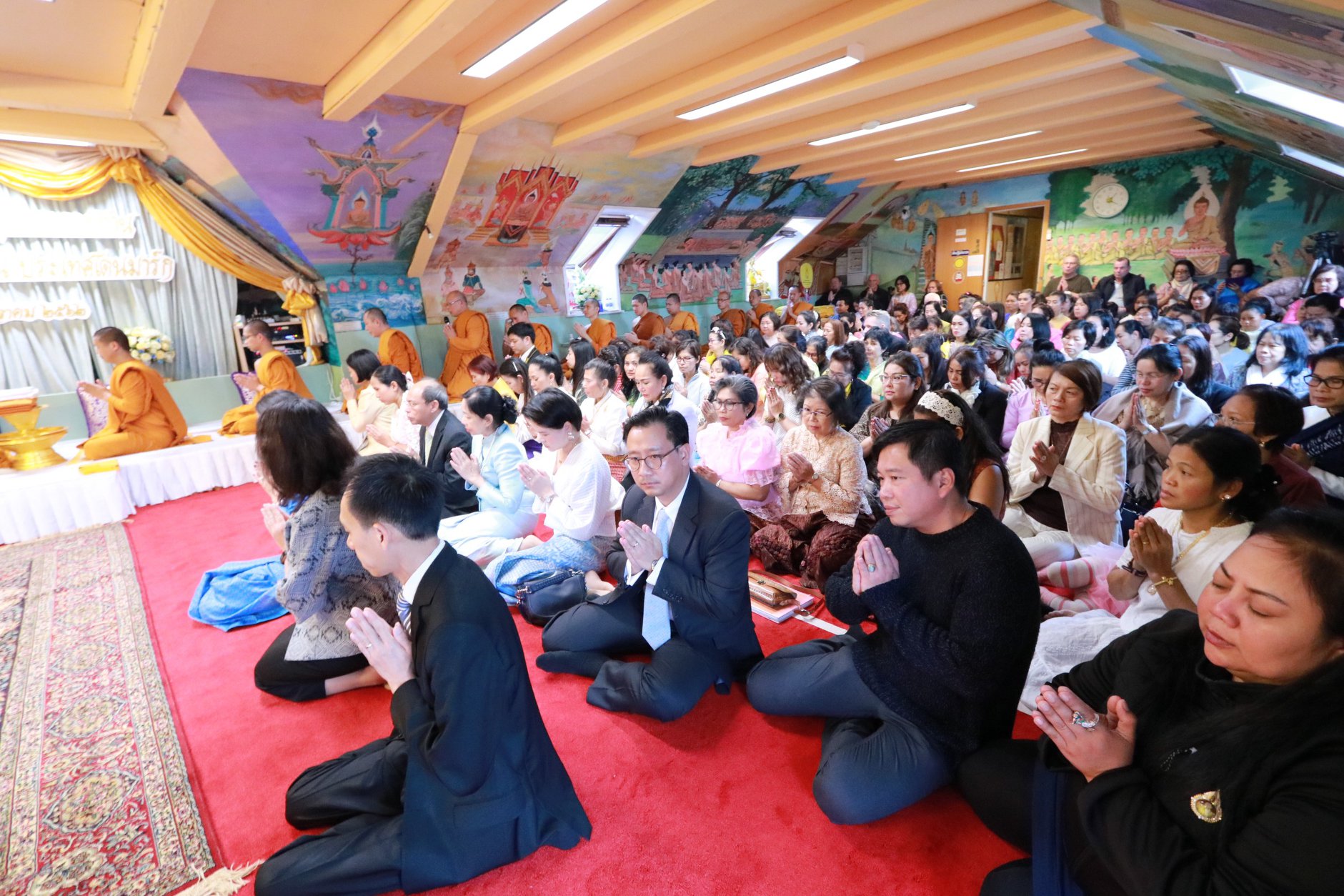 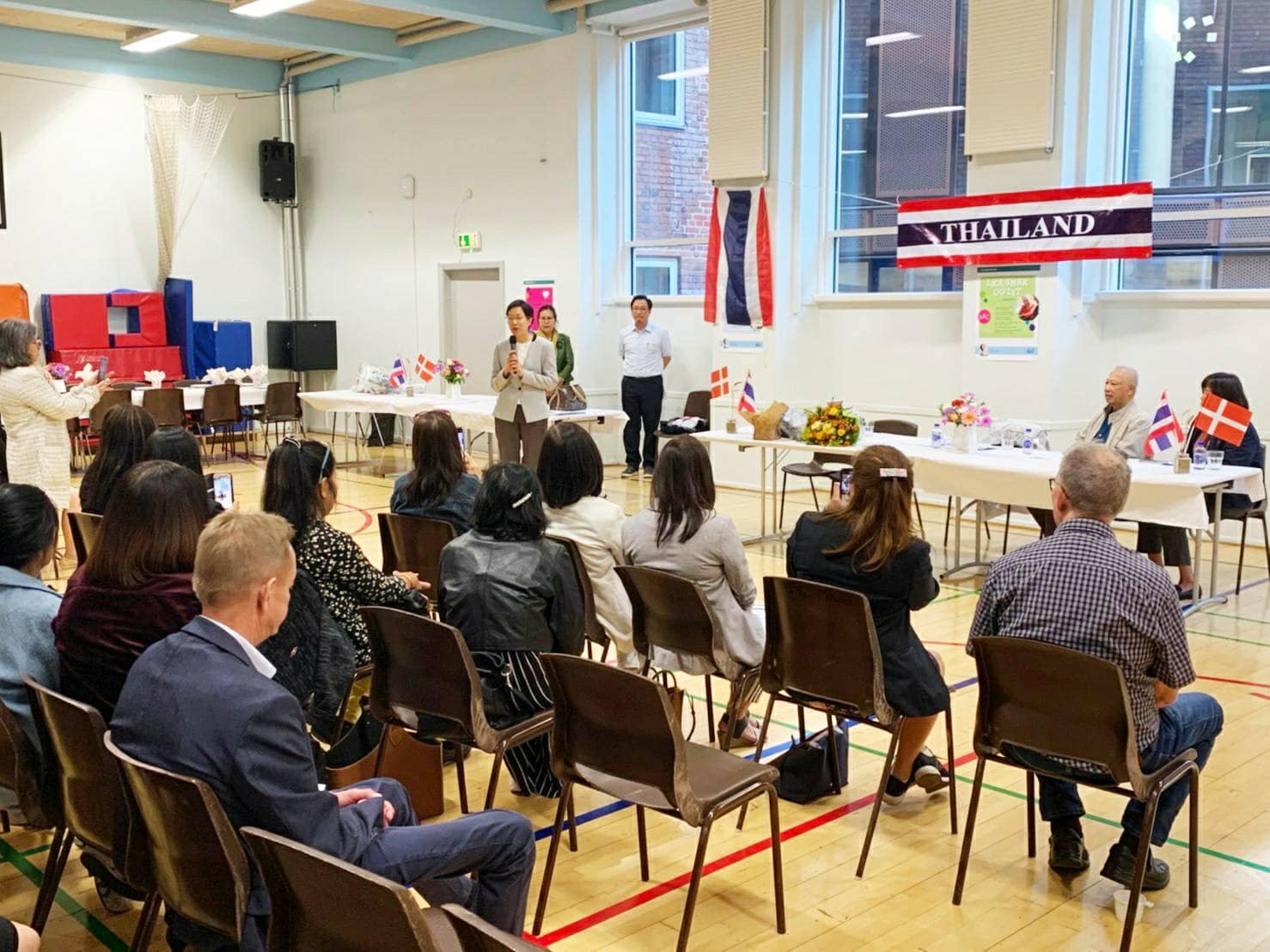 Picture 6: Ambassador of Thailand meeting with the Thai Community in Aarhus in September 2021. 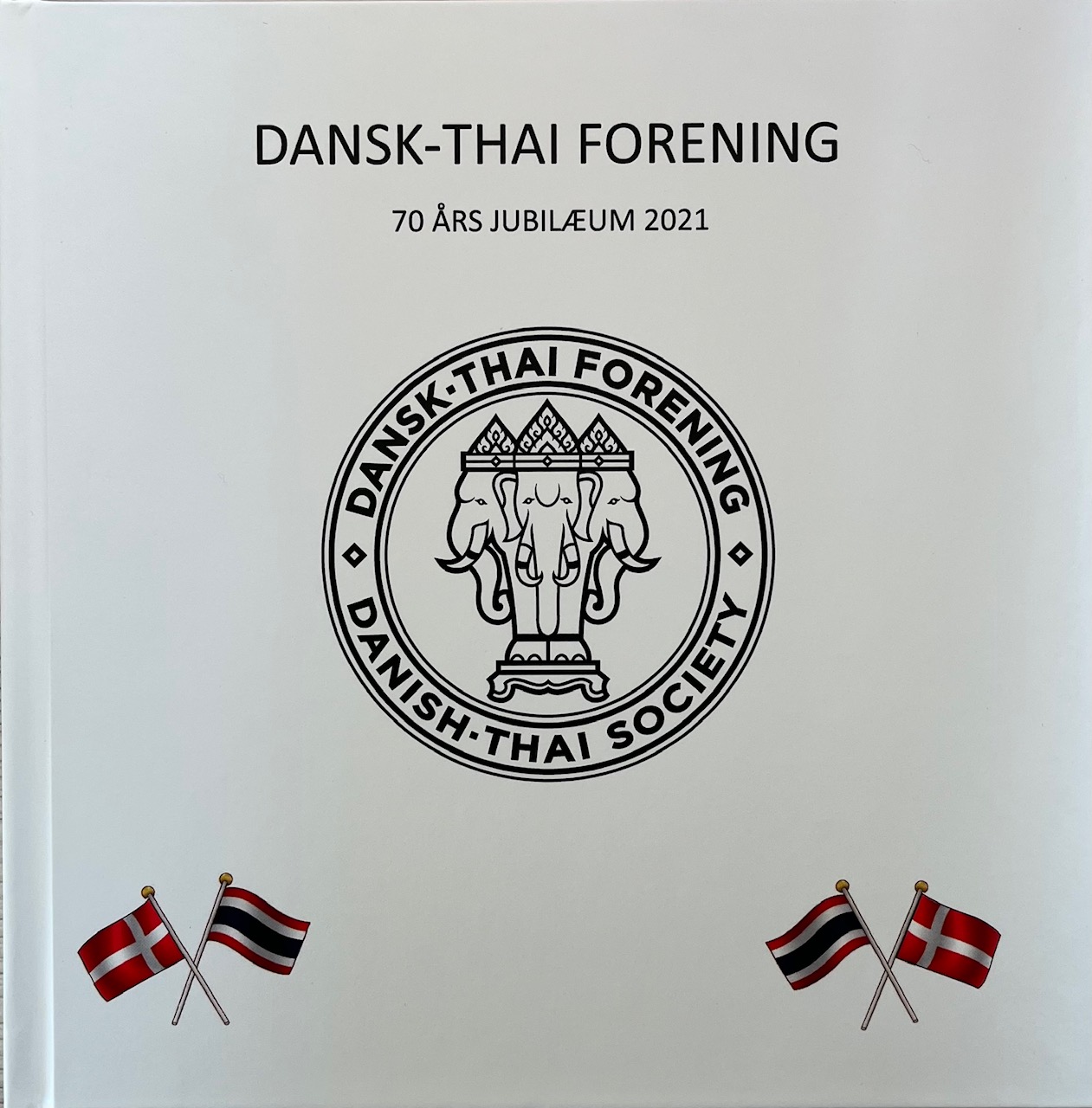 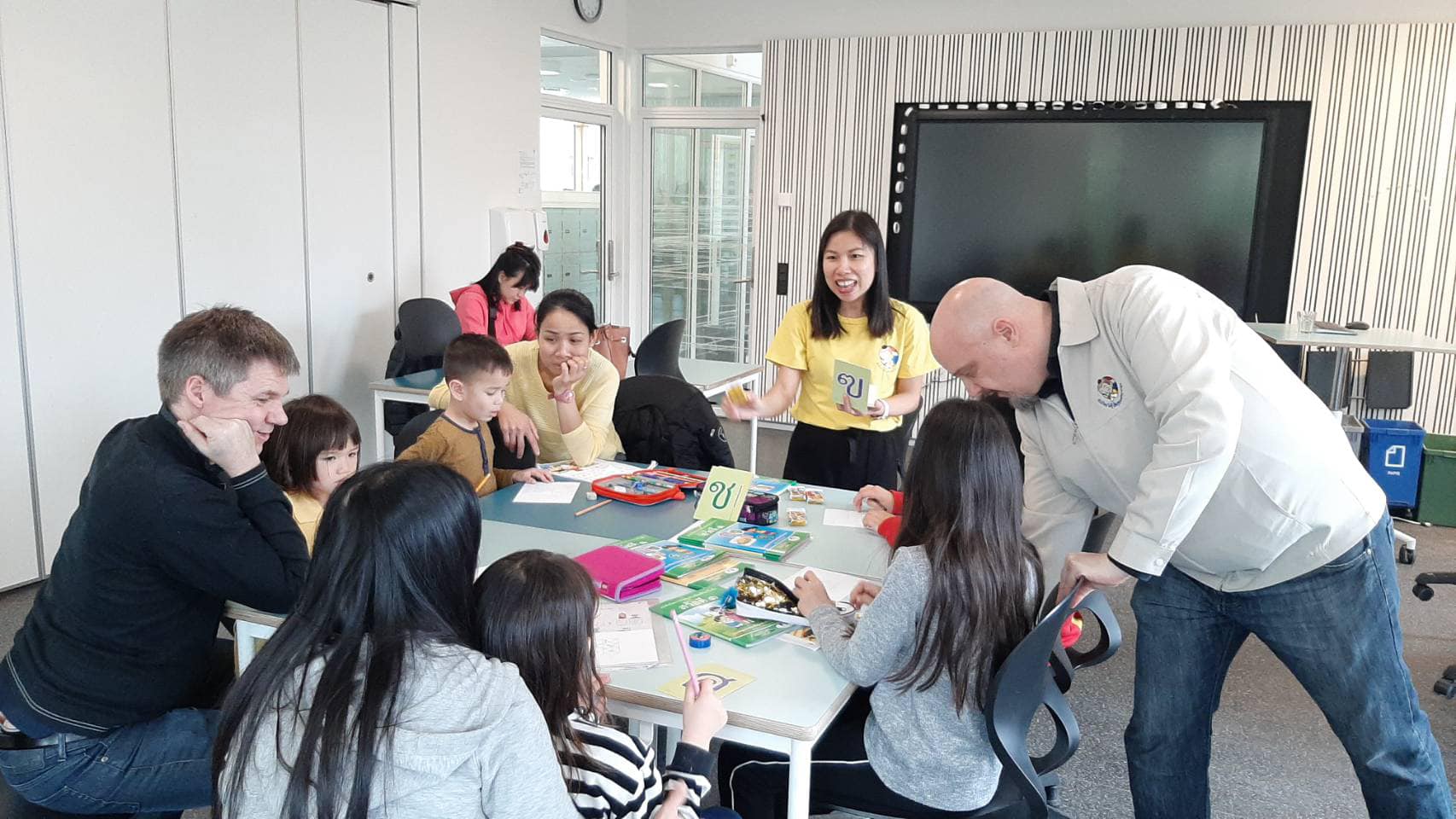 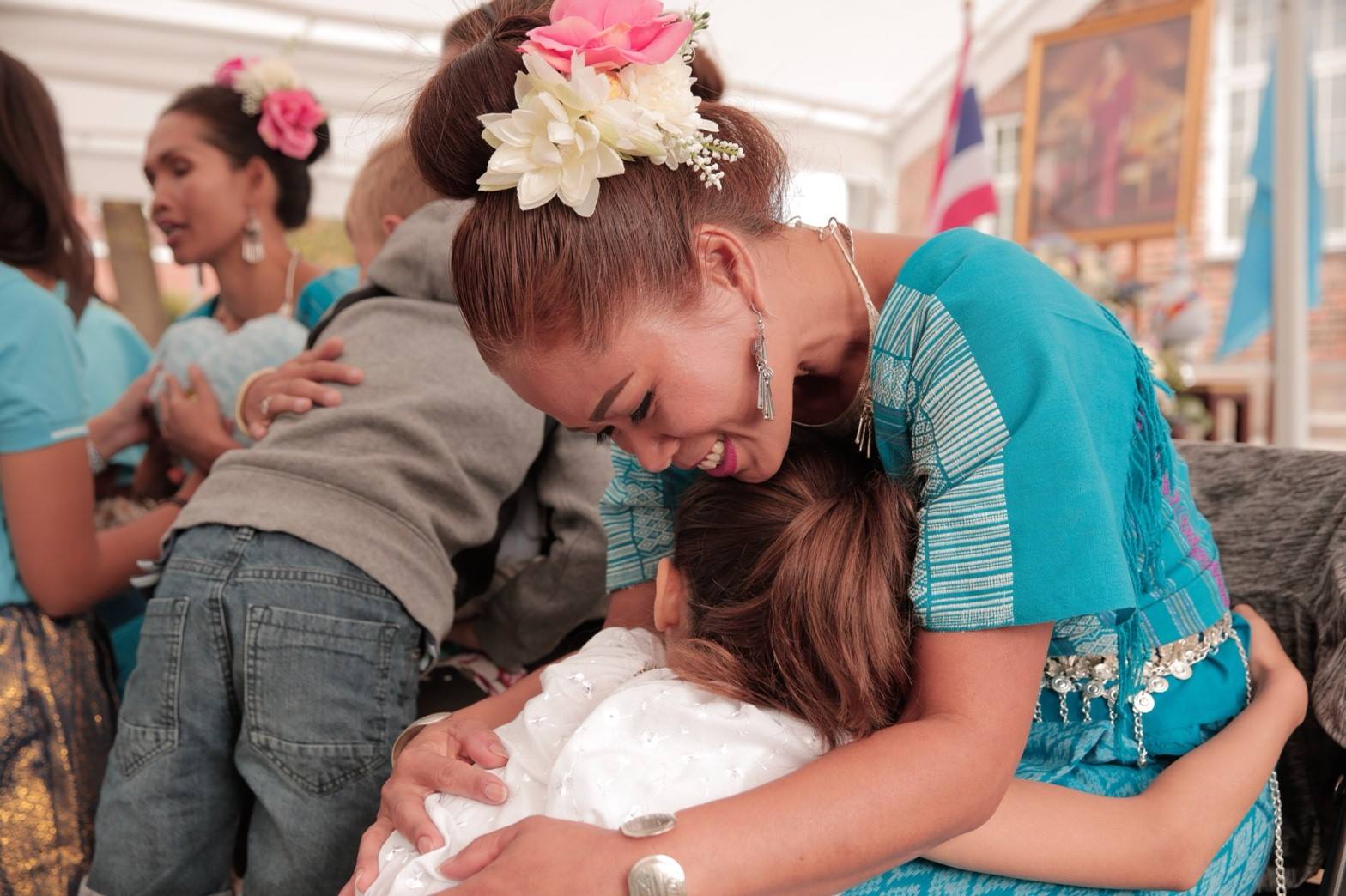 Pictures 9-10: Cultural dance performed by children of Rak Thai School and a cultural activity to celebrate the birthday anniversary of H.M. Queen Sirikit of Thailand in 2018. 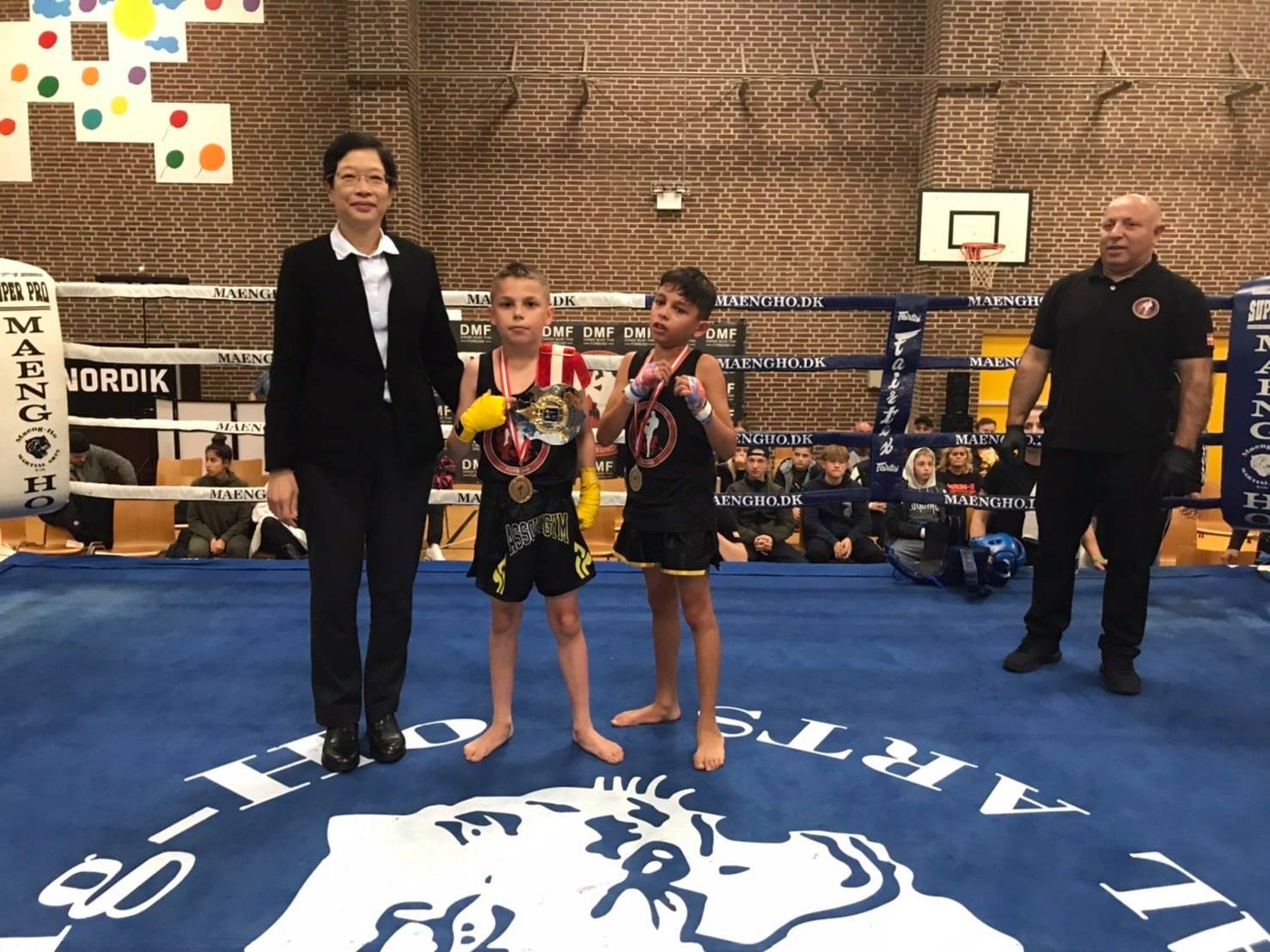 Picture 11:  H.E. Mr. Sirilak Niyom, Ambassador of Thailand to Denmark, presented awards to the winners of the Danish Muaythai Championship 2021, held at Søhusskolen School in Odense on 30 October 2021. The event was organized by the Danish Muaythai Federation. 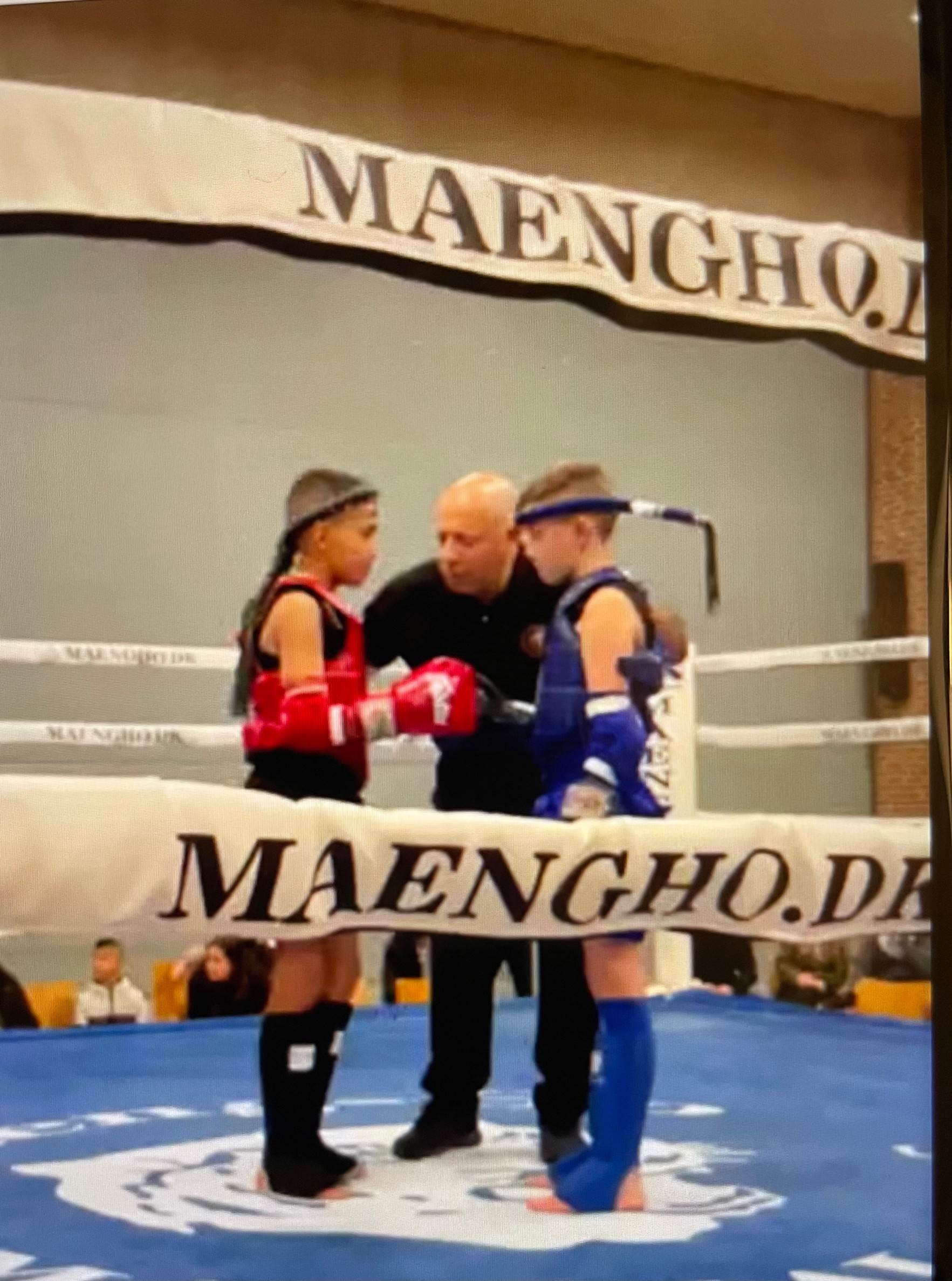 Picture 12: Muay Thai is increasingly popular among young Danes and adults which reflects the strong cultural bond between Thailand and Denmark through sports. Picture 13: A Danish junior fighter was performing "Wai Kru" to pay homage to his teacher and family and to bless himself with victory in the ring. 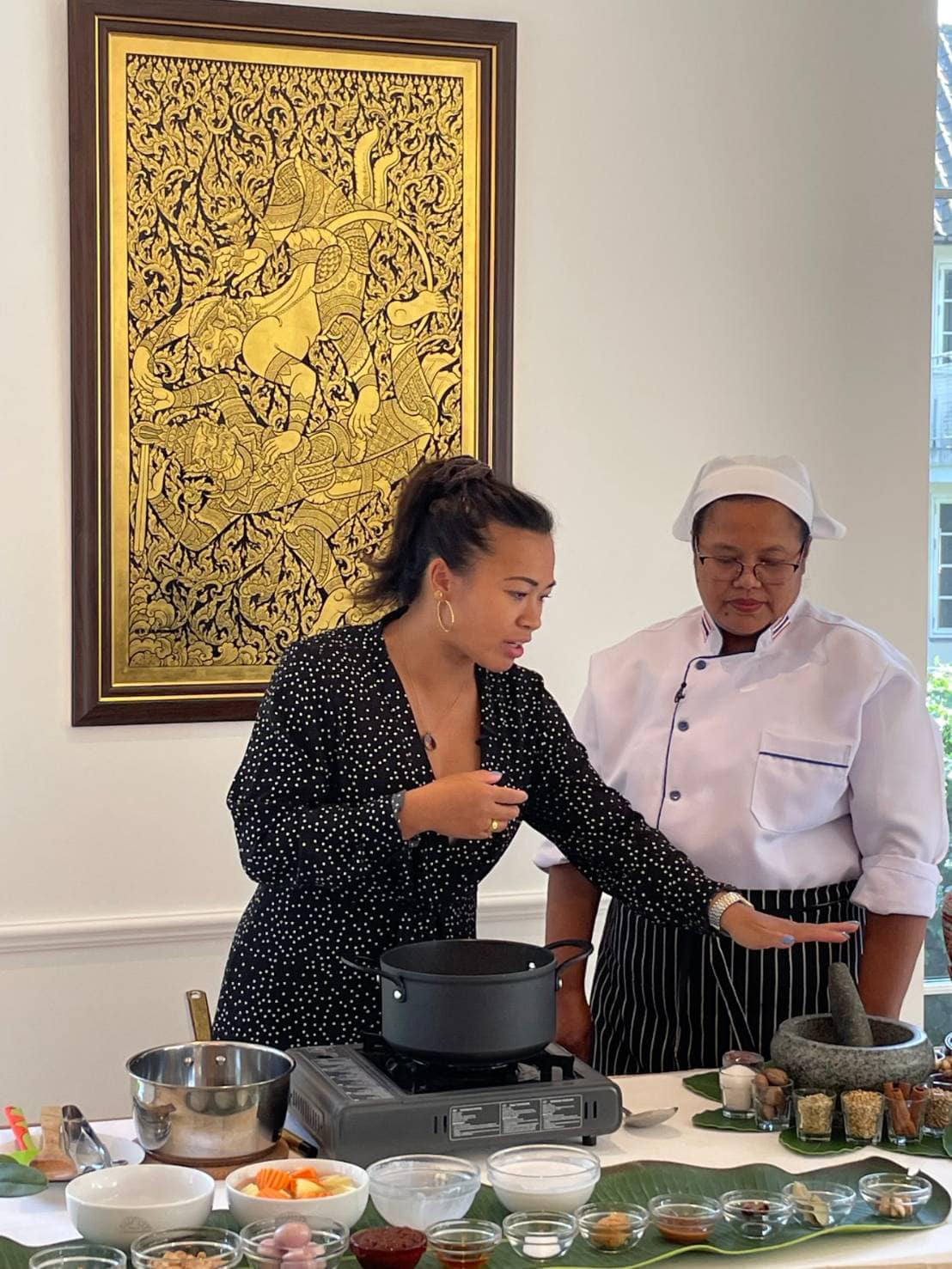 Pictures 14-15: The Thai Ambassador’s chef, Ms. Supranee Satase, demonstrated how to cook Massaman curry alongside Ms. Laddaporn Wichangoen or “Chef Dak”, the head-chef of the Michelin starred Thai restaurant Kiin Kiin and a MasterChef Denmark’s judge, at the Ambassador’s residence.